Outlook: The linebackers position was one of the most encouraging aspects of the Titans' defense in 2012 thanks largely to the play of second-year linebacker Akeem Ayers, who led the team with 110 tackles, and Zach Brown, who finished in the top five among rookies in interceptions (three) and sacks (5.5). That production occurred even though the Titans started four different players at middle linebacker because of injuries to second-year Colin McCarthy, who suffered a high ankle sprain in the season opener and a concussion that cost him the final five games of the season.

McCarthy has returned to the practice field, and the Titans added free agents Moise Fokou and Greg Jones and drafted Zaviar Gooden, whose speed is similar to Brown's. Tennessee has also moved Scott Solomon from defensive end to linebacker this offseason.

Things to watch at open training camp practices:Linebackers have an opportunity to be a major component of the team's identity in 2013 and beyond because of the young core of talent. Titans coach Mike Munchak has tasked linebackers coach Chet Parlavecchio with developing the "best, baddest linebackers in the league." The Titans have focused on increasing intensity on defense and view linebackers as a group that can be tone setters. Fans should take at least a moment to tune their eyes and ears toward the style of the linebackers.

Scheduled practices that are free and open to fans (subject to change): 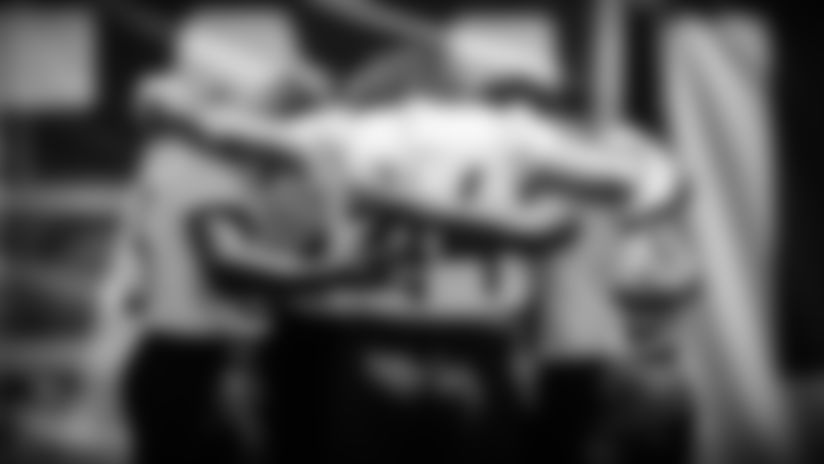 Senior Writer and Editor Jim Wyatt tackles another batch of questions in this Tuesday's mailbag.

Members of the Titans rookie class took part in a "Titans Rookies Read" story time event on Monday at the Nashville Public Library Bordeaux Branch. The event featured a read-along and Q&A with children on their favorite books and reading habits in support of GELF's "Stop the Slide!" summer reading campaign.

Henry, named the 2020 NFL Offensive Player of the Year by the Associated Press last season after leading the NFL with 2,027 rushing yards, returned to Nashville to take part in this week's minicamp. Not surprisingly, he still looks hulkish, thanks to months of training since the end of last season.

To make room on the roster, the Titans waived linebacker Justus Reed.

Lost for the 2020 season with a torn ACL last October against the Texans, Lewan had surgery and has been working his way back since.

Legends at Alabama, Teammates With the Titans: RB Derrick Henry Thrilled With the Addition of WR Julio Jones

Count running back Derrick Henry among those thrilled with the recent addition of receiver Julio Jones, a seven-time Pro Bowler who joined the team via trade earlier this month.

Observations From Titans Minicamp on Wednesday

The Titans his the field at Saint Thomas Sports Park for Day 2 of this week's minicamp. Senior Writer/Editor Jim Wyatt takes a look at what stood out from the session.

In recent months, Dupree has rehabbed in both Arizona and Atlanta, where's he's also done a lot of training. He's been back and forth to Nashville, looking for a place to live. He's spent a lot of time on zoom meetings with coaches and teammates.

Observations From Titans Minicamp on Tuesday

The start of the minicamp meant the offseason practice field debuts for several players, including running back Derrick Henry, cornerback Janoris "Jackrabbit" Jenkins and guard Rodger Saffold, among others.

Seven-time CMA Entertainer of the Year Garth Brooks will return to Music City on July 31 in his first-ever concert at Nissan Stadium, home of the Tennessee Titans.

Senior Writer and Editor Jim Wyatt tackles questions from fans in the latest edition of the mailbag.